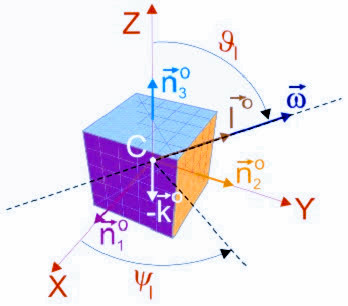 Perfect your Yahtzee strategy by learning about Yahtzee odds and probabilities. Yahtzee is a numbers game that can be mathematically explained using statistics and probability. Success is measured in total points and there can be only one winner (except for the odd Tie Game). The game can be understood in black and white terms and it is possible to number-crunch your way to victory.

From its earliest days, Yahtzee celebrated its intimate connection with mathemathics. It was originally marketed as a "game that makes thinking fun" and continues to be used in early education as a tool for teaching basic arithmetic.

These descriptions may tempt a prospective player to dismiss Yahtzee as a boring relic from grandma’s attic, but do so at your own peril. There is a deeper complexity to the game that can only be unlocked by human skill and intuition. Yahtzee greatness requires sound tactical decision-making and a keen strategic insight. A solid understanding of Yahtzee odds and probabilities is the first step to achieving mastery.

Consisting of 13 scoring categories, the Yahtzee scorecard allows for the possibility of multiple Bonus Yahtzees and this is the key strategy to maximize points. The highest Yahtzee score possible is 1575 points: 140 points in the Upper Section, 235 points in the Lower Section, and 1200 Yahtzee Bonus points.

The maximum high score requires rolling a Yahtzee on each turn and using the ensuing Jokers to complete the Lower Section categories. Many of the Yahtzees would need to be in a certain number: the Upper Section's Ones in ones, Twos in twos, etc., and in sixes to max out Three of a Kind, Four of a Kind, and Chance in the Lower Section.

The odds of approaching anything near a 1575 grand total are astronomical. The competent Yahtzee player generally considers a final score in the 250 point range to be a success, and indeed this turns out to be close to the average score using optimization for perfect play. The expected final score of the Optimal Solitaire Yahtzee Player is 254.5896. But like with all Yahtzee odds, this probility is influenced by the player's strategy. Attempting to roll only Yahtzees on every turn yields an average score of only 171.52.

Researchers have devised sophisticated computer simulations that can play Yahtzee at its optimal level. Two of the top strategies that developed as a result are OptExpected and MaxProb.

OptExpected is a computer strategy designed to result in the highest possible expected score. MaxProb builds on the concept with a scaled-up system that computes the maximum probabilities of achieving a score for all reduced game states. This has resulted a more powerful simulation that is capable to achieving truly high scores.

Millions of their game simulations have been analyzed to determine the odds of achieving a particular result:

&nbspProbability of Rolling a Yahtzee

Statistics and equations can help us understand Yahtzee on a deeper level but they do not tell the whole story. Every Yahtzee stat based on mathematical probabilities misses one crucial element - the human mind.

A calculation for the probability of rolling a Yahtzee, for example, depends on the player’s strategy, level of risk acceptance, and the current state of the game. Imagine a player on the final turn of the game who is actively trying to roll a Yahtzee and nothing else. They are focused on a singular objective. But the same player in a game’s early rounds may attempt to cultivate a Large Straight and throw away a matching pair, hurting the chances of rolling a subsequent Yahtzee in the process. This more open strategy of playing the dice as they fall results in a lower Yahtzee completion rate when compared to rolling for Yahtzee or bust.

Even computers optimized for perfect play cannot reproduce motivation, intuition, or the multitude of other unique qualities that humans bring to the Yahtzee table. The conditions of the game at hand and the constitution of its players add a layer of complexity that will always affect the pure statistical Yahtzee odds. Human strategy must be considered to calculate the chances of rolling a Yahtzee, or any other scoring combination for that matter.

One of the most useful calculations to measure the probability of rolling a Yahtzee considers a player who is actively attempting to roll Yahtzee with any number. They aren’t locked into shooting for sixes but also have no interest in scoring a Full House. Tim Fulford of Cornell University provides the following probabilities for this scenario:

The equations use the following variables:

Rolling five, four, three, two, or one dice gives the following binomial permutations, where the number corresponds to the number of matching dice:

The mathematical representation of rolling dice looks like this:

1st Roll - One permutation. Roll all five dice and get Yahtzee:

2nd Roll – A few more permutations. Rolled 4, 3, 2, 1 or 0 matching dice on first attempt, then throw a Yahtzee from the remaining dice:

3rd Roll – Many more permutations to throw a Yahtzee from the remaining dice after two rolls:

Using these calculations the chances of rolling a Yahtzee in a given turn is 4.61%, or about once every 22 turns.

But to roll a specific Yahtzee, in sixes for example, the odds tighten to just 1.33%.

To calculate useful Yahtzee probabilities, we must assume that we are dealing with competent players using a sound strategy. Human players, alas, may fall short of this expectation. And their individual playing styles will certainly alter the statistical outcomes. Computers, however, can be programmed to behave logically at all points of a game according to a predetermined strategy. Researchers can use these Yahtzee simulators to analyze millions of games to determine optimal tactics.

"Achieving perfect play in Yahtzee is challenging (impossible?) for humans because it requires perfectly calibrated probabilities. You will need a flawless mental model to evaluate the risk that is associated with each action. This is hard because it is more quantitative than our intuition can handle."
- Dion Häfner, Niels Bohr Institute

Optimal Solitaire Yahtzee Player is one of the leading models for Yahtzee optimization. The statistical analysis of millions of simulated games offers a deeper insight into dice combination frequency and scoring likelihoods:

The following graphs illustrates the odds of rolling a particular combination on the first, second, and third roll of a turn. Because of the multitude of variations that exist for each roll, the Full House and Straights cannot be calculated generally. This would need to be figured on a case-by-case basis depending on each of the individual player's rolls.

The statistics assume that the player goes for the given scoring category from the first turn and does not deviate in their strategy. Otherwise, it may take longer to achieve a given score as an initial pair may be discarded to roll for something else.

While computer simulations and optimal play calculators are remarkable tools for acquiring new insights into the game, it is not possible to separate Yahtzee from the human player. Mathematical probabilities will only take you so far.

Studying the tendencies of professional players is a good way to incorporate the human element into your Yahtzee study. Learning from the experts will help you to develop your own Yahtzee strategy and improve your game.

The following statistics were compiled by analyzing the games played during 2010-2020 by the top three players on the Yahtzee Pro Circuit. Categories where the score can vary are represented by the players' average score per game. Those that receive a fixed score reflect the percentage of games in which the category was successfully scored:


In the Upper Section, note that each player averaged fewer than three of the target number for Ones and Twos. These are often used as “throw-away” categories when a player is unable to record an acceptable score elsewhere on their scorecard, in the hope that they will be able to make up the difference with their Fives or Sixes. Also of interest is that none of the top-three Yahtzee pros were able to maintain an average of 63 total points for the Upper Section, the threshold needed to secure the 35-point bonus.

The standard odds may be skewed if you’re playing an electronic version of the game. Most computer games, including online Yahtzee and handheld devices, depend on an algorithmic random number generator (RNG). This solution creates the illusion of randomness but is not quite all the way there. A true RNG is the dream of cryptography experts as it could be used to create an unbreakable code. It turns out it’s rather hard to outperform the original random number generator – dice.

Read more about odds, probabilities, and strategy on the Yahtzee Blog:

Yahtzee House Rules - A special rule(s) that applies to games played at a specific location. House Rules are at the discretion of the game host and can be used to modify standard Yahtzee odds.

Yahtzee Strategy: The Joker's Gambit - Put probability on its proper pedestal by pooh-poohing the Yahtzee. A player's level of risk tolerance is tested when passing on 50 points in the Joker's Gambit.

The Ultimate Full House Dis? - Statistically speaking, The Full House is one of the weakest scoring combinations. Because it is relatively easy to roll and its 25 point value is nothing to write home about, many players choose to dis it and try for something better.

Using the latest mathematical techniques, researchers at the World Yahtzee Institute and their colleagues around the globe continue to push the limits of Yahtzee probability and odds. The following papers constitute some of the world’s most groundbreaking research into Yahtzee theory and strategy: