About The Yahtzee Manifesto

Do you delight in high-fiving your peers in a fit of jubilation upon rolling a Yahtzee? Learn how to conjure more of those special moments with The Yahtzee Manifesto, the ultimate guide for advanced Yahtzee strategy. The Yahtzee Manifesto is a seminal volume on Yahtzee theory and practice, the culmination of years of study into the history of Yahtzee and its manifestations in modern society.

Senior dice researchers Louise Proctor and Rick McCallister draw on over 65 years of combined Yahtzee-playing experience to delve into the game’s innermost crevices. Take your Yahtzee obsession to the next level with The Yahtzee Manifesto. Join the revolution today!

Mr. McCallister hails from far-off lands steeped in the tradition of Ya-Tsee and has over 20 years of Yahtzee playing experience. He considers one of his strengths to be a willingness to not be enticed with an early Full House and to try for loftier goals, as well as his nimble addition skills. He lists amongst his weaknesses his right ACL which he tore back in '98 and an overwhelming desire to always dis the "Fully".

Rick enjoys long walks on the beach to play Yahtzee on a blanket, napping snuggled up with his personalized Yahtzee cup, avant garde movies, and tacos. He lives in a yurt and when not participating in the aforementioned joys, can be found meditating in the hopes of reaching Yahtzee Nirvana.

Louise began her career at the WYI in 1967 as a Yahtzee Scorecard Archivist Intern, at the height of the "Cincinnati Troubles". She was beaten by police and jailed during a violent raid on a Yahtzee tournament at a local saloon. Dedicating herself to opposing Yahtzee-related oppression, she honed her rolling skills in the prison-yard and, upon her release, rejoined the WYI.

A constant champion of Yahtzeeist rights, she is the founder of Five Million Dice, a charitable organization in support of spreading the game throughout America's inner-cities. Away from her work at the Institute, Louise enjoys kayaking, kite-flying, and historical novels.

Listen to some of Louise Proctor's Yahtzee insights in her 2011 interview with Art Matters. Courtesy of WMMT 88.7 FM, Whitesburg, Kentucky: 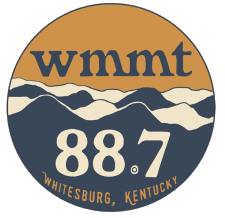 Will Wiltord - Director of Visual Affairs

Known as "The Magician" during his 14-year career on the Yahtzee Pro Circuit, Willy still has a few tricks up his sleeve as head of the Visual Affairs department. He leads the charge as the WYI continues to explore new possibilities in graphically capturing the essence of Yahtzee. The Yahtzee Manifesto is not the first book cover design to Will's credit. He won the coveted Paddington Award in 2009 for his cover art of the young-adult drama, Roses for Charlotte.

A specter is haunting Europe, and the rest of the world – the specter of Yahtzee. All the Powers of old Gaming have entered into a holy alliance to exorcise this specter: Cranium and Scattergories, Trivial Pursuit and Monopoly, French Radicals and German police spies.

Two things result from this fact:

I. Yahtzee is already acknowledged by all World Powers to be itself a Power.

II. It is high time that Yahtzeeists should openly, in the face of the whole world, publish their views, their aims, their tendencies, and meet this nursery tale of the Specter of Yahtzee with a Manifesto of the game itself.

To this end, Yahtzeeists of various strategic leanings have assembled in Columbus and sketched the following Manifesto, to be published in the English, French, German, Italian, Flemish, and Danish languages.

YAHTZEE PLAYERS OF ALL COUNTRIES, UNITE!

As the global leader in Yahtzee research, the World Yahtzee Institute seeks to preserve the game's past as a means of safeguarding its future. Since its emergence from the Scottish underground as a secret-society of Yahtzee radicals in 1888, to the near-legitimacy it enjoys today, the WYI has been vigilant in its quest to promote Yahtzee around the world and to preserve its rich legacy.

The World Yahtzee Institute (WYI) is dedicated to promoting the benefits of Yahtzee across the globe and to preserving its proud legacy. The Institute uses methods such as The Yahtzee Blog to raise the world's collective consciousness about the true nature of the game and to spread its ideals ever further.

The World Yahtzee Institute traces its origins to the Scottish highlands when, in 1843, representatives from seven village Yahtzee clubs pooled their resources to form the Yahtzee High Council. The Council managed regional tournaments and was able to raise the game's profile.

By the late 1800s a Yahtzee resurgence was well underway and the game's popularity was spreading globally, beyond the traditional Yahtzee hotbeds of the Tibetan plateau and northern Europe. Capitalizing on this Yahtzee renaissance, the Yahtzee High Council formed alliances with Yahtzee clubs around the world and rebranded itself as the World Yahtzee Institute.

In its early years, the World Yahtzee Institute operated as a loose confederation of clubs, with little oversight or coordination. Recognizing that the WYI was merely preserving the status quo rather than taking the game to the next level, WYI Secretary George Harley succeeded in relocating the Institute's headquarters from Aberdeen, Scotland to London, England. Harley then began standardizing WYI practices and strengthening ties with its branch offices around the world. He also ushered in an era of expansion, opening new branches in underserved parts of the world. By the early 1950's, the World Yahtzee Institute had evolved into the global organization we recognize today.

Today, the World Yahtzee Institute has branch offices in 41 countries on all six inhabited contintents*. The Institute is divided into four distinct departments: Yahtzee Research, Archives, Public Outreach, and Sanctioning. The WYI continues to dig deeper into Yahtzee's rich past while strengthening the game's future.

* With the current pace of global warming, the WYI has tentative plans to open its first Antarctic branch office later this century.


Purchase your very own copy today of the Yahtzee Manifesto from one of the capitalist pigs below! Paperback and digital editions available:

If you want to impress your peers and look good doing it, pick up some Yahtzee Manifesto gear. You'll be the coolest kid in school with an official Yahtzee Manifesto t-shirt or hat. But the swag doesn't end there. Display your Yahtzee love proudly and check out the latest merch: 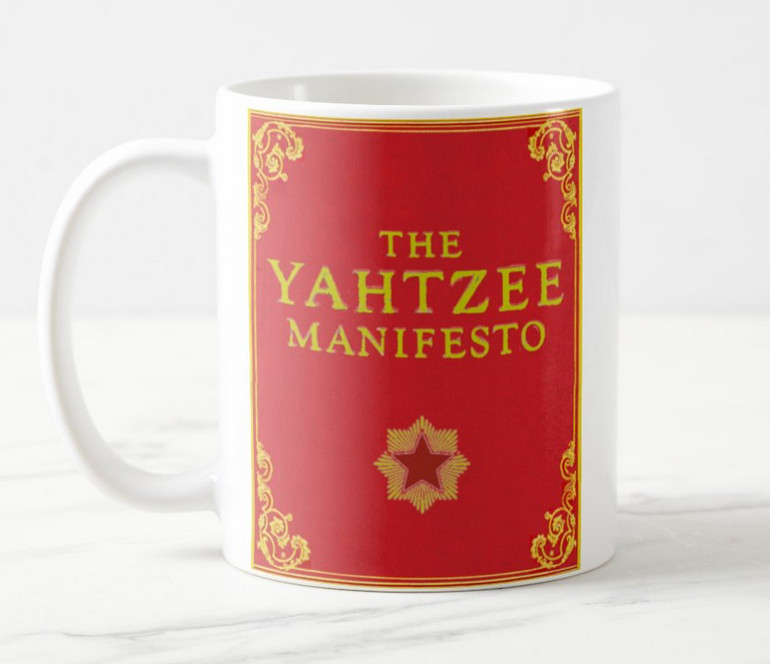 The Yahtzee Manifesto website is the ultimate resource for all of your Yahtzee needs. Browse the site to learn more about the most popular dice game in the world.

Yahtzee Equipment - Five dice are just the beginning. Sure, a game of Yahtzee would be impossible without them but proper gaming equipment goes far beyond the dice. Learn more about the tools and components needed to stage a successful Yahtzee game.

Origins of Online Yahtzee - Yahtzee continues to thrive on tabletops around the world more than 65 years after its original release. But the game has transcended its humble origins with its meteoric rise as a online juggernaut. Explore the history of electronic Yahtzee, from the earliest personal computers to the metaverse.

How to Cheat at Yahtzee - Yahtzee is the rare board game that is built on a foundation of principles and equity. But some players, through ignorance or downright deception, ignore these universal gaming rights by breaking the rules of the game. Guard against evil-doers by learning the tricks of how to cheat at Yahtzee.

Teach Math with Yahtzee - Too many games today offer little in the way educational value. Or they are so informative that all the fun is sucked right out. Yahtzee walks the fine line between the extremes and succeeds in melding learning with entertainment. It all adds up - find out how to use Yahtzee to teach math.